The most important lesson I learned on Maui 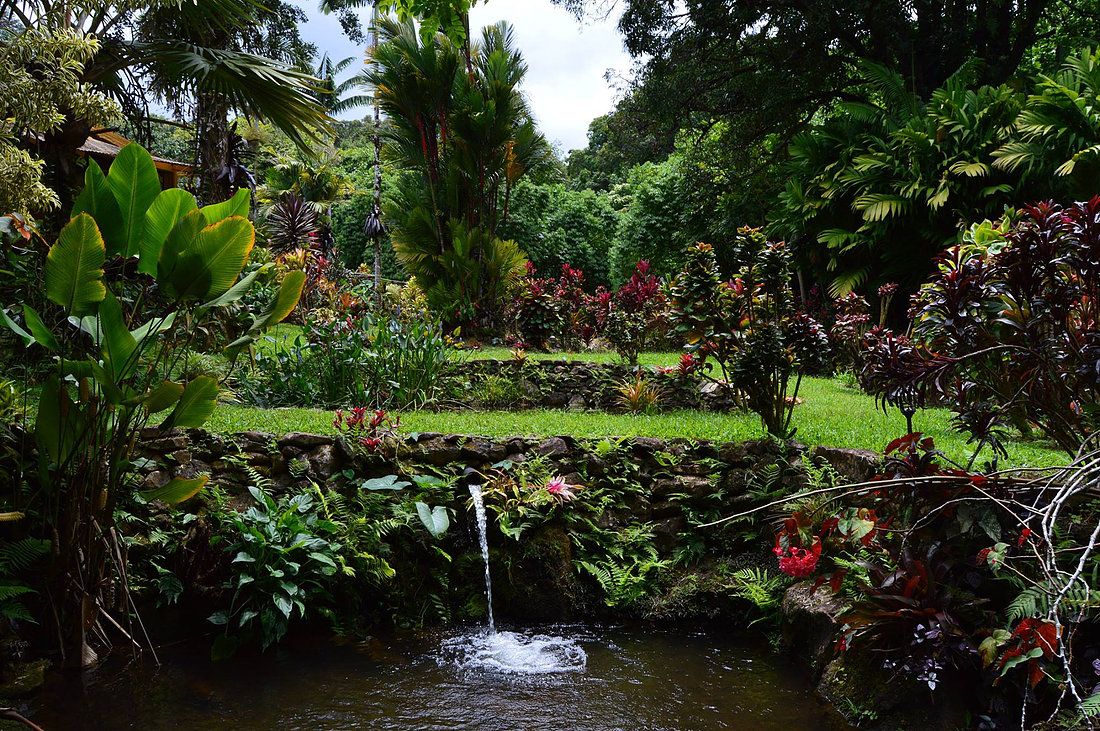 When my husband and I were on our honeymoon, Maui was one of our stops.  We had done extensive research about the activities we wanted to do on each of the islands we visited, so we had some measure of structure for the trip but wanted to leave room for unexpected adventures.

Our wish was granted when we picked up a Wrangler (in my opinion, the only proper way to experience this) and started on the Road to Hana.  Side bar – what a beautiful metaphor for life – Hana is just the destination (and there’s not much there) but the point of the Road to Hana is the Road.   A post for another day, maybe.

Anyway, we were on our way, bright and early!  We spent hours exploring different key stops along the Road, rappelling down cliffs to get to hidden lagoons other tourists were too afraid to try to access.

We went down a tiny offshoot that wasn’t part of the “plan” and were just wandering around at the bottom of what was essentially a shared driveway when we saw a gigantic pile of alien-looking fruit off the side of the road.  As we were trying to identify it, an older man came out of the jungle and introduced himself.  Turns out it was his pile, and it was durian fruit, and the vendor he typically sold it to just hadn’t shown up that day.  We asked if we could buy one to try, and he not only agreed, but cut it open for us (they are super spiky!) and then ran back to his home up on a mountain to bring us some refreshments.  He was gone for quite some time and we figured he wasn’t actually coming back, but just sat on the cliffside sampling durian and taking in the views.

Suddenly he returned with a couple of drinks and started to tell us about this part of the island, and how he came to be there.  His name is Mike, and he moved to Maui decades ago when it was even less developed than it is now.  He bought some land, cleared a path through the jungle and started to build a home.  He lives there alone, and has been there for 40+ years.  He’s in his late 70s but you would never know it.  He told us tons of amazing stories about the history of the island, and about the legendary durian tree he harvests and sells to vendors who distribute the fruit internationally.  It’s his main source of income.

What struck me was he had clear, direct correlations between his actions and his intended outcomes.  It was profound in its simplicity.  He sold durian to fund his passion for his gardens.  He described his gardens in the jungle as the canvas on which he paints.  He decided to plant begonias everywhere, so he knew how many durian he needed to sell to be able to buy the begonias he would need.  That was all he needed.  He also knew that to be happy and to feel good, yoga had to be a part of his daily routine.  So he made it a part of his daily routine.  Simple.

He offered to show us his home and this durian tree, and we didn’t get serial killer vibes, so we accepted his gracious invitation.  The hike back to his house was long – no wonder we thought he wasn’t coming back earlier!  One photo of his gardens is included in this post, but it doesn’t even begin to do justice to what he built himself.  I was totally captivated.

I realized I had yet to consider what I might need to have in my life every day to be happy.

My husband and my family, sure.  Of course.  And my friends, obviously.  But what about my habits?  What about yoga, meditating, running?  The things I knew I had loved once but were a distant memory.

I wish I could say that I went home and made radical life changes based on this realization, but I was working internationally at the time and got swept back into the routine as soon as we returned home.  Happens to us all, right?

Mike came up in conversation again with my husband the other day, and I remembered his email address (or hoped I did).  I sent him a note even though years had passed, and thanked him again for his hospitality and shared that my memory of our discussion and the wisdom I took away that day was still with me.  He responded:

This idea of learning what to do and how to act so that we will be happy is a really big deal.

Amen, Mike.  And thank you.

Subscribe to stay in the loop on future posts, events and offerings.

You have Successfully Subscribed!