How To Detach Yourself From Someone Compassionately

This post may contain affiliate links, meaning I earn a commission from qualifying purchases at no extra cost to you. You can learn more by reading the Disclaimer. I'm grateful for your support!

What it means to detach from someone, and why it might be necessary

In the context of mindset coaching, when we talk about how to detach yourself from someone, what we mean is how to create emotional distance or terminate a relationship. Romantic, platonic, familial, whatever. So often clients will recognize that they deeply desire to detach themselves from someone else, but they get really hung up on how to actually do it.

If you’re asking how to detach yourself from someone, there was probably a precipitating event. But to sum it up, wherever it came from, it reflects a boundary that has been ignored. Usually repeatedly. You start to notice that you don’t feel engaged or uplifted around them.

Why it feels so hard to pull the plug

You might also wonder how to detach yourself from someone when you can’t quite put your finger on why. Something’s just off, or just isn’t there when it used to be. That might be a romantic partner, but it can be a friend or family member too. Sometimes the relationship has just run its course. That’s when it feels hardest to pull back a bit, but it’s because of the thoughts we tell ourselves about what it means about us if we do that. That’s all it is.

For mindset coaching clients and those with a desire for personal growth, we sometimes try to convince ourselves that we need a “valid” reason as to why, before we can explore the how. If we can’t give a “good enough” justification, then we’re just cold-hearted and irrational, right? Wrong. You’re responsible for your own thoughts and feelings, and ultimately your own decisions. If you think you want to create some distance from someone, and you feel good about your own reasons, then you don’t need to explain yourself to anyone.

These resources might support you if you’re having difficulty figuring out how to detach yourself from someone (by the way … no time to read actual physical books? Try Audible instead!):

1. Boundaries: Where You End and I Begin by Anne Katherine, MA

2. Set Boundaries, Find Peace: A Guide to Reclaiming Yourself by Nedra Glover Tawwab

3. The Codependency Workbook: Simple Practices for Developing and Maintaining Your Independence by Krystal Mazzola, MEd, LMFT

You can care about someone and still choose not to have them in your life. But how to detach yourself from someone who fits into this category? How do you maintain integrity and compassion?

Integrity: The quality of being honest and having strong moral principles

Compassion: Sympathetic pity and concern for the sufferings or misfortunes of others

So when you ask how to detach yourself from someone, those sound like great qualities to strive for. The complication is that they’re very subjective. Sometimes the more compassionate thing is to lie. Sometimes staying in integrity means remaining unconcerned. The point is, it’s gray.

How to detach yourself from someone you still care about

Let’s take a look at an example of how to detach yourself from someone.

Let’s say your boyfriend cheated on you (again) and you’ve decided to permanently cut ties. But you still love him, so that’s hard. And he’s still on your social feeds, he still has your number. He still texts you when he’s lonely or bored or drunk or pick any of the things.

Staying in integrity might look like preparing what you would want to say, and saying it one last time then blocking their number. Having compassion might look like not talking about how disgusting he is with all of your friends. It might also mean referring him to therapy, if he’s having trouble accepting your boundary.

Many years ago I went through this exact scenario. I stayed in integrity (according to my definition). I did not show compassion, however. Again, according to my definition. For a long time, I thought I would have felt better if I’d “nicer” but it was because I was telling myself I was harsh. And probably not as spiritually aware as I wanted to be. What’s important is I recognized those thoughts were creating my uncomfortable feelings, and that’s where the work is. Choosing and practicing new thoughts.

When you detach yourself from someone and feel guilty about it you’re only creating your own suffering.

Be clear, be firm, and be true to yourself.

Again and again you will have opportunities to learn how to detach yourself from someone. Maybe it’s the same someone, and they keep coming back. The more you clarify what you will and won’t accept, and how you want to show up, the easier this becomes.

When you have your own back and know that you’re a good person even if you’re not someone else’s version of “good” then it won’t feel so painful to cut ties. Be patient with yourself as you learn, and remember that you are in control of your own life and decisions, always. 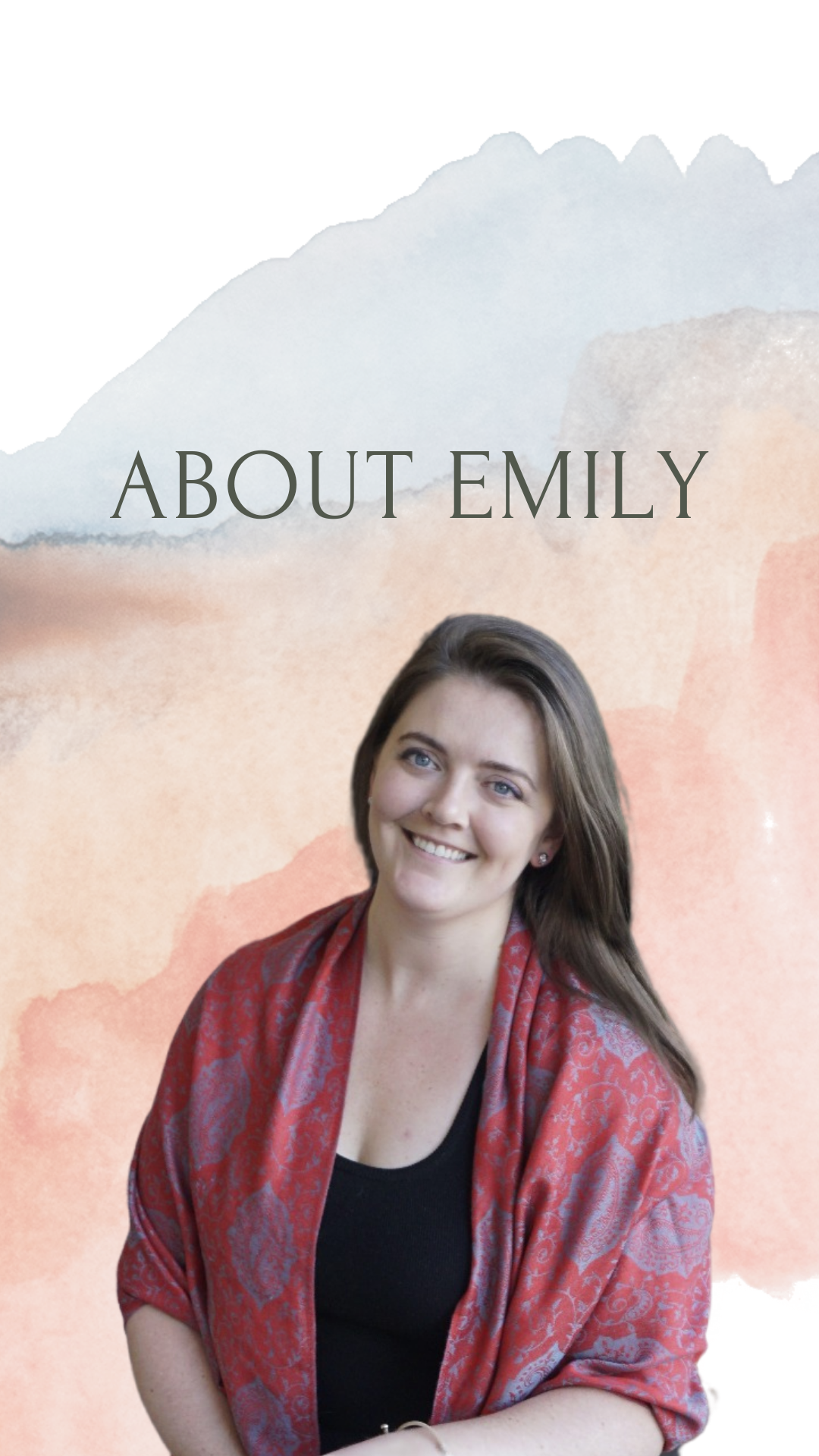 Emily is a mindset coach and writer specializing in the habits of Millennial and Gen Z high achievers in the areas of money, relationships, lifestyle and travel.

She holds the PCC designation with the International Coach Federation and has been featured in multiple media outlets.

Unsubscribe anytime
(not that you'll want to).